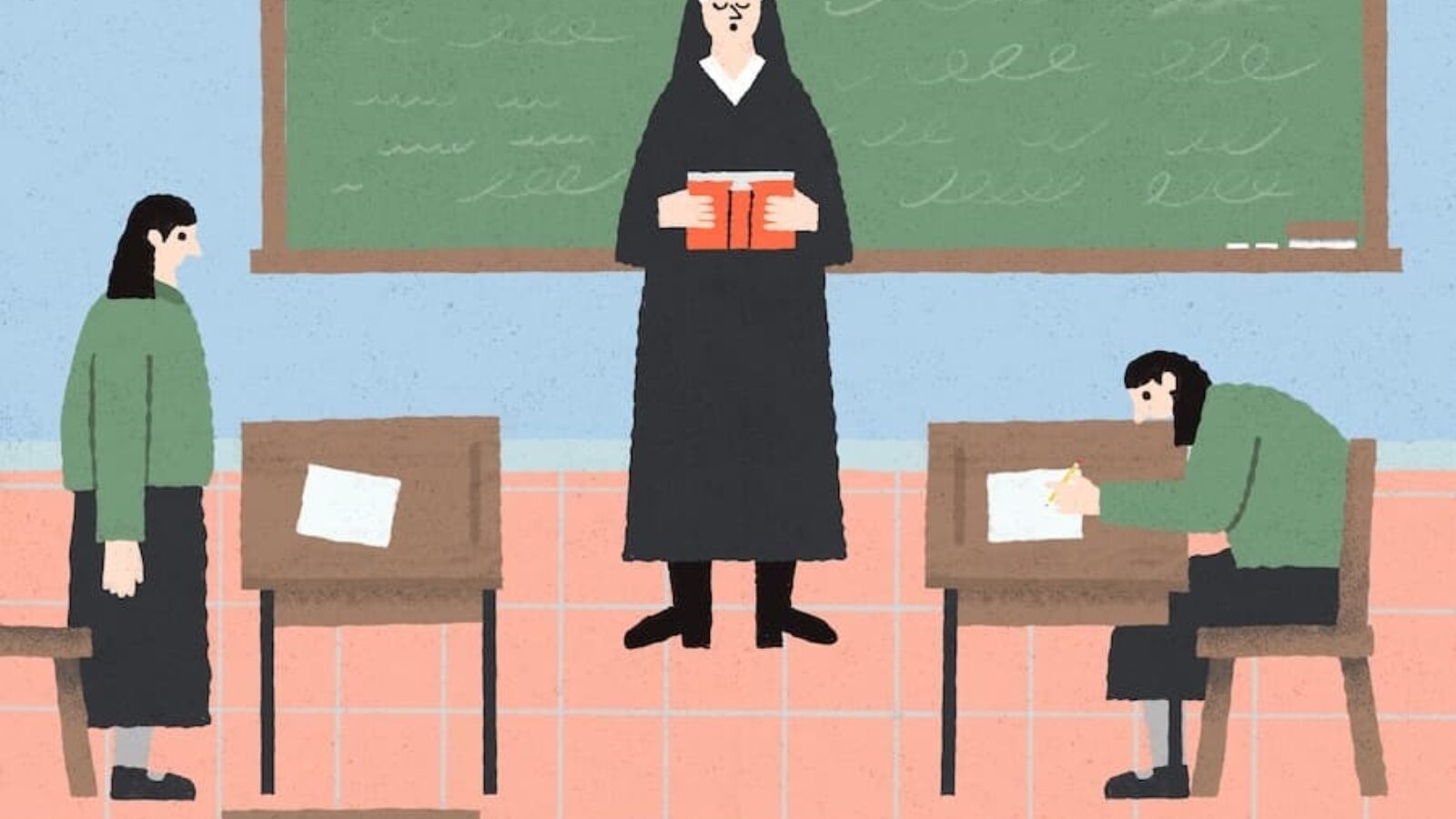 Teaching self beliefCompassion and kindness

She gave me a gold star to me, called out by my name. I cried with such happiness.

In the 1960s one teacher stood out to Ann Irwin who had moved from Galway to Dublin with her brother.

Mrs Margaret Liddy was a teacher who “turned my life around with her compassion and kindness. Because of her I went on to do my Leaving and attended college. (She was) one marvellous teacher that I think of often as she helped a ‘stupid’ girl become a confident woman able to face all the challenges I had in life.”

Ann said that in another school in Galway, before moving to Dublin, she had a teacher who “constantly told me I was stupid and would make me say it out loud several times a day.”

Then at the start of a new term on a Monday morning in 1966 in the Holy Faith Secondary School, Haddington Road, Dublin, “this new teacher walked into our classroom. We all stood to greet her. She asked each one our names and when it came to my turn I shrugged my shoulders and with an indifferent attitude told her my name. She just smiled at me.”

That night and the following night Ann did not do her homework and each day her teacher asked her what she had studied. The first day Ann said ‘nothing’ and was left standing for the rest of the lesson. The second day she said, ‘you could hear a pin drop.’

On the third night “I took out my Geography book and studied the lines of latitude and longitude till I was blue in the face.”

However Mrs Liddy did not ask her what she had learned and when they had a test at the end of the month “Mrs Liddy came in announcing two girls had received 100 per cent in their exam.” Ann was one of them and “the girls applauded. She gave me a gold star to out by my name. I cried with such happiness.”

“Mrs Liddy made me believe in myself,” and, Ann said, she still has her love of geology and history.”

We’ll be sharing stories and sparking conversations throughout November.