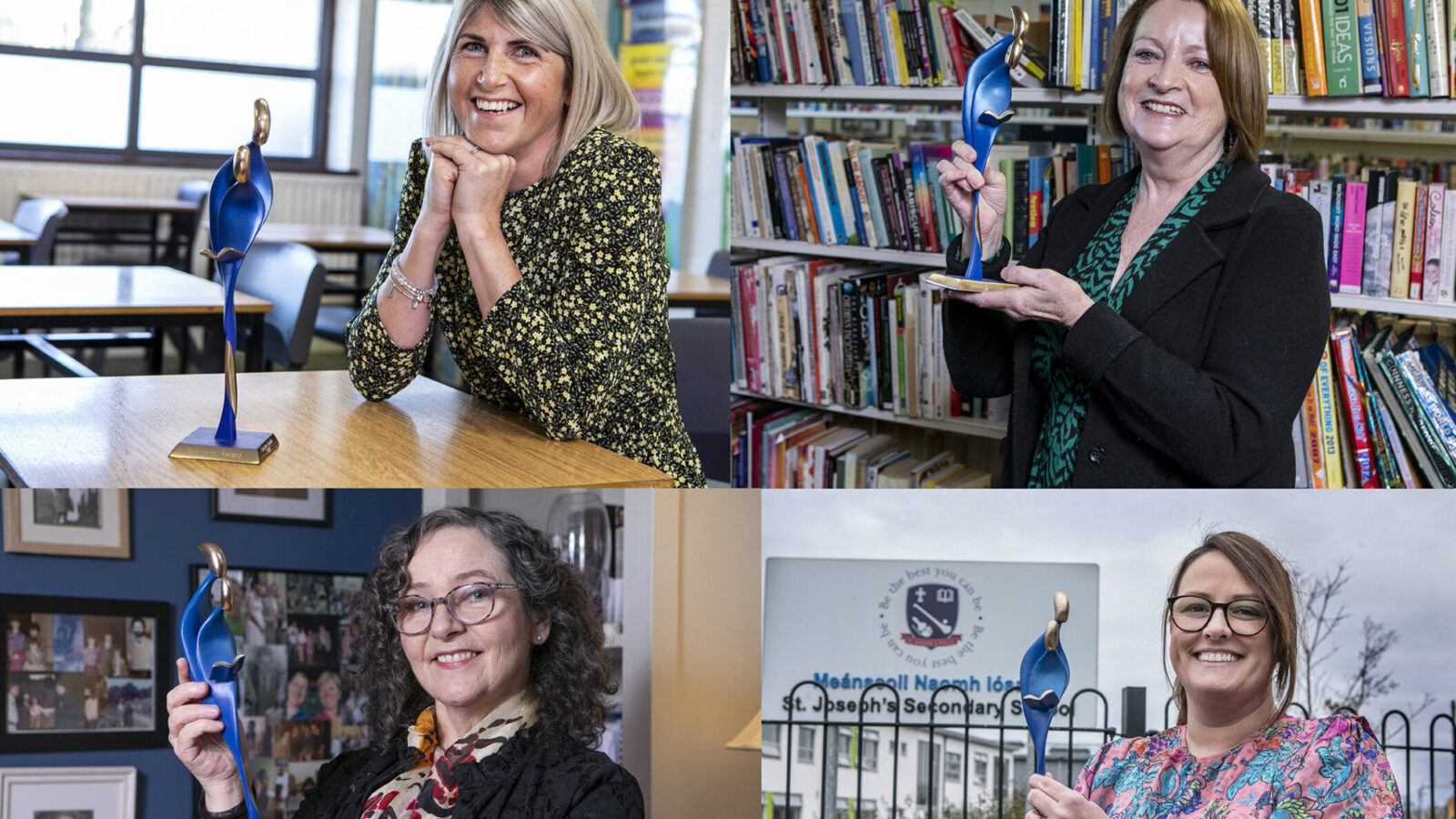 Organised and run by Dublin City University, Teachers Inspire is an Ireland-wide initiative that seeks to celebrate teachers and to recognise the transformative role they play in our lives and in our communities.

The nominations revealed what Louise described as, “the power of teachers to encourage their students to believe in themselves, and how those young people carried that message throughout their entire lives.”

“The response to the second year of the Teachers Inspire initiative has been phenomenal. Once again, we have received extraordinary testimonies from people across the country, who have spoken about the hugely positive influence teachers have had on their lives and on the life of communities. I want to congratulate the four worthy recipients of this honour, who are representative of the excellence, passion, and dedication of so many of Ireland’s teachers.”

“I had a grand uncle and an uncle that attended Dublin City University [St. Patrick’s] and I felt that teachers were under-appreciated and undervalued in society. I believe that education is the best investment any government can make. I really wanted teachers to be recognised, because teachers had a profound impact on my life, in advising, mentoring, educating and passing on knowledge.

I congratulate all the recipients and all those who have been nominated, because you are the heroes in our society.”

“With these awards, Teachers Inspire gives recognition not just to the four exceptional recipients but also to the wider teaching community across the country. Right through the pandemic, our teachers displayed enormous resilience and an unwavering commitment to their students’ education. At the DCU Institute of Education, we are immensely proud of the more than one thousand student teachers who played their part as substitute teachers in classrooms countrywide. I have no doubt that they will be the next generation of Ireland’s inspiring educators.”

Teachers Inspire was told that Donna is known for her saying ‘not all who wander are lost,’ and to her students she also “teaches by her words and her actions (to) live life to your potential, to take on challenges and to be happy in what you are doing.”

On behalf of a number of students, Teachers Inspire was told, “She has continuously provided a top class academic experience, helping students achieve consistently high marks in Geography.

She started the school mental health awareness program which resulted in a ‘Wellness Week’ in the school as well as a huge effort to support Cycle Against Suicide which stopped in Tulla.

The full nomination can be read here.

Claire Duffy taught journalist Rob O’Hanrahan English up to third year in Skerries Community College but her influence went beyond that.

He said, “every single day I use the basics she instilled in me, both in terms of my use of the English language and an ability to speak publicly, and confidently, but more than that. It's about treating people with decency, encouraging their passions and asking someone a second time if they're actually okay.”

“From being a lonely 12 year-old right through to today, Ms. Duffy was one of the teachers who truly helped shape who and what type of adult I would eventually be.”

Liz, a retired Art teacher with Grennan College, Thomastown, was nominated by former student Gerard Kelly who said she provided a safe space for him as he was coming out as a gay teenager in rural Ireland.

“Her room was always open, regardless of if it was anything to do with school or subjects, Liz would take you underneath your wing and just make you feel safe and give you space to grow and be yourself. Not only did she become someone in school I felt comfortable confiding in, but she helped me believe in myself enough to get to where I am today.”

Una, an English teacher, was nominated by former student Shauna Sheridan who described how she had failed her mocks and had no idea what she was going to do after she sat the Leaving Cert.

Shauna was also struggling with her mental health and said, “my mother was recovering from cancer and my father took his own life two weeks before my 18th birthday.”

She said that Una “let me stay behind after class to have a chat. She would ask me how I was and genuinely wanted to hear the answer. Not only did she become someone in school I felt comfortable confiding in, but she helped me believe in myself enough to get to where I am today.”

Teachers Inspire is an Ireland-wide initiative that seeks to celebrate teachers and to recognise the transformative role they play in our lives and in our communities.

It is organised and run by Dublin City University. It is generously supported by a philanthropic donation by Mr. Dermot Desmond. Mr. Desmond also supports The Desmond Chair in Early Childhood Education at DCU's Institute of Education.

Teachers Inspire first ran in 2019. It was postponed in 2020 due to the pandemic.

We’ll be sharing stories and sparking conversations over the coming months.