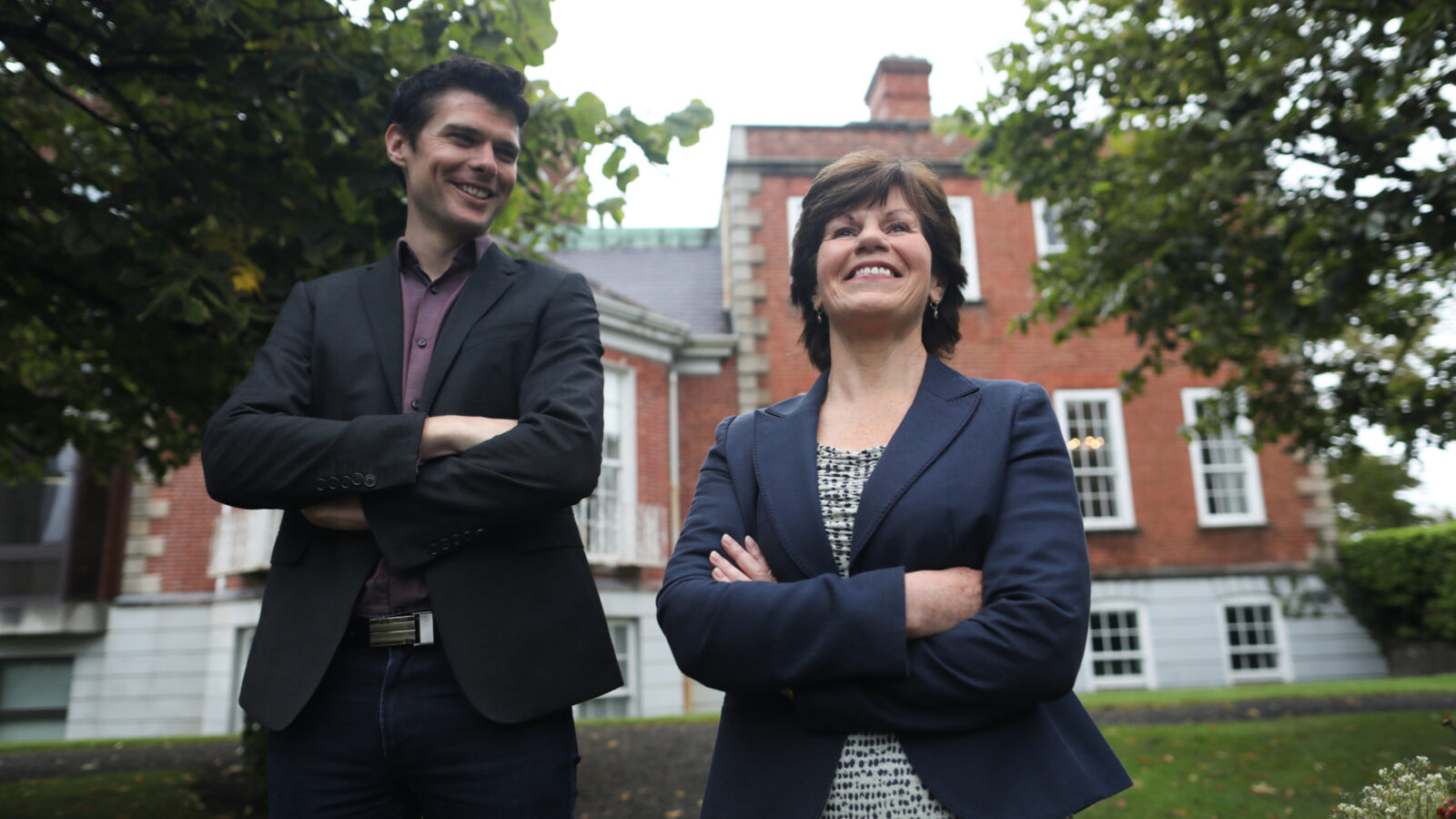 I can’t think of a singular once-off instance of inspiration; rather Ann inspired constantly in a steady and ongoing way through her example and belief in children.

With just 24 hours to go until the inaugural Teachers Inspire gala event, it is full steam ahead! We are continuing our series and today we tell the story of Ann Gallen.

Ann is the retired principal of Cortober National School, Cavan. She was nominated by former student Kevin Gormley who credits her passion for primary school teaching as the reason why he entered into the profession and now works in teacher education.

"Firstly, a little context: this school is now closed. This was a rural two-teacher school that opened in 1884, underwent a €300,000 refurbishment in 2009, and was closed in 2015. The possibility of closure was a constant threat over many of the last of the school years, a challenge that Ann fought against constantly, and one taken on by the community.

"Ann was principal throughout all of my time at the school (1989 - 1997) and taught me for four years. Four years in one small classroom, with the same teacher from 3rd to 6th class! Ann also taught my brothers and sister and we all have the same level of gratitude towards her.

"What I remember most about Ann was how she set up the school and ran it in such a way that it was an extension of home life, albeit with a little more order. The older children looked after their younger counterparts. Parents were regularly around the place, bringing children to events, doing jobs around the school. There was little by way of lining up and following the drills - all was relaxed - the work had to be done (and was done diligently) with constant help and support.

"Ann had a great love of music and insisted that all would learn to play the tin whistle and sing. I really think she laid such a strong foundation for learning in music. Also, I was introduced to several pieces of classical music through her work - she brought Strauss and Mozart to youngsters in the early and mid 90s that otherwise would never have come across them, and it was only years later when I heard of these individuals when studying formally that I could go back and appreciate this.

"She also had a deep respect for the Irish language and for inspiring children to learn and to use it. Songs, poetry and games through Irish were used in learning the language as well as careful grounding in the rules for grammar.

"As a principal in a rural school, Ann was the sports coordinator, the organiser of every event whether that was quizzes, fundraisers, social events for parents etc. She did so much behind the scenes, often phoning parents in the evenings e.g., phone calls in the evenings where she frantically tried to put Cadburys Quiz teams together or arrange transport for soccer blitzes.

"Ann had a great relationship with parents of the school. From my own experience, she made such a strong effort to get to know parents and mine had nothing by utmost respect for her.

"Ann was the face of formal education, events outside of the family/community - such was the small school rural setting that she represented the outside formal world beyond our families and school. Getting in her good books was a great confidence boost where a positive word from Ann about progress at school was a major endorsement and cause for pride.

"She was thankful to the parents and partnerships with them was her default long before it became so much more fashionable and actively pursued in education.

"I later followed primary teaching as a career. For the reasons above, Ann inspired me to pursue this career. I had the privilege of going back to that school to undertake some substitute work almost twenty years after I left the school. This time I was working alongside Ann.

"She brought in ideas and resources that I had come across in my own third level education and that were much more recent/just published.

"The most fascinating thing for me though was that I recognised how she worked with those children in the same way she had worked with my class.

"The sense of a little ecosystem where the older children feel they had more leeway and had a duty of care to the younger children was still the same.

"The same sense of progressing through loads of work in a relaxed setting with huge amounts of personal care and attention available was still the same. Ann hadn't changed at all and stood for the same things all those years later. I have no doubt that Ann’s work remained at the same level until that school closed in 2015.

"I now work in teacher education. In my work with colleagues and students who regularly share their experiences of primary education, I passionately believe in the importance of messages we pick up about ourselves in those formative years. I can’t think of a singular once-off instance of inspiration; rather Ann inspired constantly in a steady and ongoing way through her example and belief in children.

"Ann nurtured several groups of young people in a tiny school in a corner of Co Cavan over several years. I'm eternally grateful to her for the impact she made on my early years and for the paths I've taken since.

"Her impact went much further though to enhance a rural community through her quiet perseverance and absolutely consistent sense of duty and service over so many years."